Union History – A Perspective from the President of the AFM

This article from the President of the AFM-“American Federation of Musicians” is interesting and some may relate to our current experience. 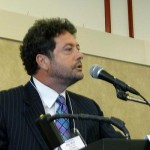 Since the dawn of unions, there have been union busters. It’s an eternal dynamic between capital and labor. Generations ago, the Pinkertons lurked near factory gates with their bats. In the Chicago Haymarket riots, police and workers perished from a bomb blast during a demonstration in support of an eight-hour workday. In the Harlan County, Kentucky, coal-mining wars of the 1930s, state, and federal troops fought the union.

Their descendants, the union-busting law firms and anti-union “consultants” who carry briefcases instead of bats and bombs, took advantage of weak labor laws and inadequate regulatory agencies to thwart unions, all for the purpose of maintaining complete and unilateral employer control over workers and production.

Today, as labor unions seek to organize internally and externally, we are confronted with an aggressive new face of union busting: the contemporary company union. Modern efforts to defeat union organizing campaigns and break or bust existing union representation are managed through company-dominated organizations within the workplace. Often, union members whose personal agendas dovetail with the aims of the company direct these company-dominated committees.

For the union-busting employer, the goal is to set wages and conditions, work rules, and job security unilaterally and to maintain the option to lower those standards solely at employer discretion. This is done either by “union avoidance”—bypassing negotiations with any independent union—or by self-dealing through the dreaded “company union,” a committee of employees dominated by the employer. And as we’ve seen time and again, the employer will invariably elevate the workplace status of any employee who will help achieve its goals.

The real strategy behind the modern union-busting campaign is the demonstration of employer power in the workplace through trusted employee surrogates. This is achieved by plucking two diametrically opposed strings in the hearts of the workers: loyalty and fear.

The paternalistic message is, “We’re the company. We’re good. We pay your salary. You owe us your loyalty. If you vote for the union, the company will fail, and you’ll be out of a job.” Psychologically, the company and its water-haulers are shaping employee opinion to accept and believe that the consequences of being union are so dire, workers are better off without it.

You may have seen versions of this in local contract negotiations where the company representatives hold a meeting in connection with a service and say something like, “If concessions aren’t made, our biggest donor will withdraw all funding and walk away.”

A union-busting campaign aims to maintain a climate of fear and intimidation. Those who support the company union receive preferential treatment, better pay, and benefits. Those who advocate a union that is independent of the employer have to fight to keep their jobs.

Another method of attack used by the union-busting employer is to forward bargaining table demands that would never be acceptable to an existing union under any circumstances. The strategy is to force a strike or seduce wavering workers into abandoning their union in favor of company-dominated unionism where sub-standard conditions can be implemented without a fight.

At the same time, union busters will seek to turn the workplace into a battlefield where a sophisticated propaganda war is waged to convince workers that life can be so much better without the union. After all, they’ll say, by lowering standards and trimming benefits, there might be more work.

For professional musicians, our workplaces include the rehearsal hall, concert stage, orchestra pit, and recording studio, places where the employer has an advantage in any campaign. But even in the union hall, where members and organizers should have the privacy to discuss their workplace concerns away from the eyes and ears of the employer, there is little protection. Union meetings become a theater of battle when they are attended by members who are agents of the employer and whose presence is solely to help the employer succeed in busting the union.

Today, modern union busting combines the paternalism of the employer and its company union—the committee that insulates the company from the independent union—with the insecurity of economic reprisal and threatened job loss, all played against the background of the illusion of labor-management cooperation. The union-busting employer doesn’t depend so much on outside consultants. It relies instead on an anti-union antidote administered by employee opinion leaders inside the workplace who do the employer’s dirty work and sell out their colleagues. Without a union to deal with, the employer can freely afford to handsomely reward its supporters using money saved by picking the pockets of its other employees.

Contemporary union busters thrive on fear and divisiveness managed from the inside by employee operatives. You won’t like where they’ll take you.